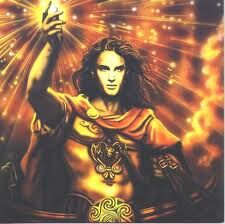 Crius was also known as the Pillar of the South pole. He and with his brothers; Iapetus, Hyperion and Coeus, represented the pillars of cardinal points where they held down Uranus as Cronus castrated him.(the heavens) and Gaea (the earth) apart.

Retrieved from "https://mythology.wikia.org/wiki/Crius?oldid=102035"
Community content is available under CC-BY-SA unless otherwise noted.